3 takeaways from the latest IPCC report 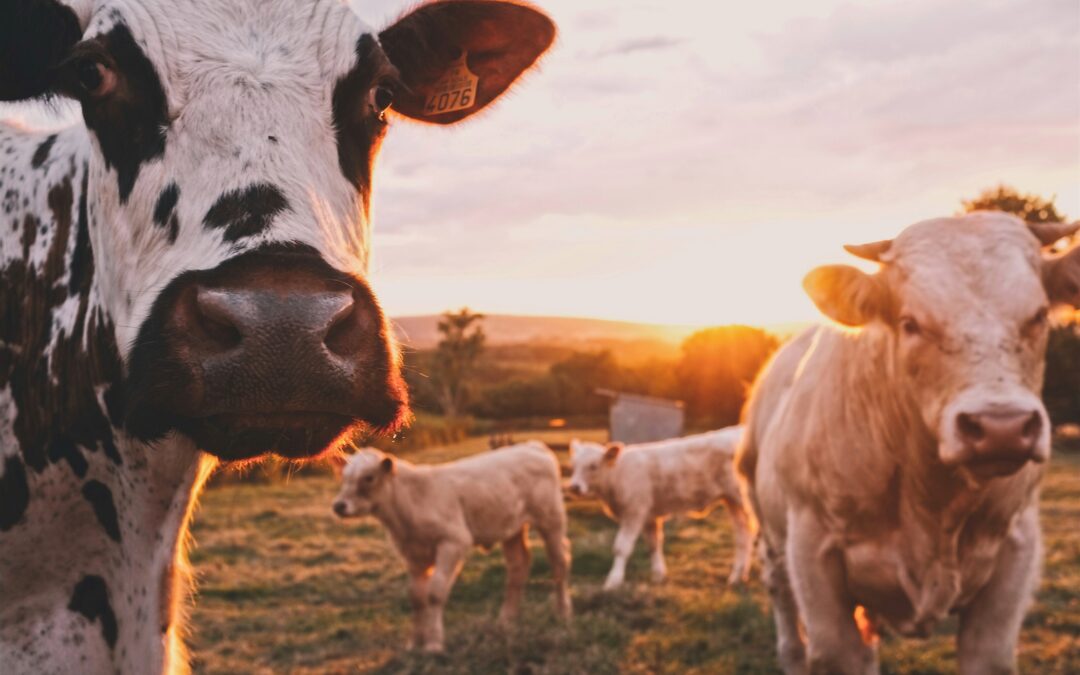 On 4 April 2022, the Intergovernmental Panel on Climate Change, the intergovernmental body tasked under the UN to act as a clearing house for scientific information about human-induced climate change, released the third part of its Sixth Assessment Report (AR6), which will be completed this year. This report, which provides an updated assessment of mitigation efforts to keep global warming to within 1.5 degrees Celsius above pre-industrial temperatures, will inform the discussions and outcomes of the UNFCCC Conference of the Parties 27 (COP-27) in November this year.

For the World Federation for Animals (WFA) and its members, this report is strategically important. As we set out on an ambitious agenda to ensure that animals are, at last, considered within global policymaking, the IPCC sixth assessment presents an opportunity to make a case for the transformation of food systems away from animal-based foods and towards more climate friendly plant-based foods, while also ensuring a just transition and support for farmers, workers and consumers.

WFA will continue to advocate, in coordination with partners, for ambitious and transformative policies at COP-27 in line with the scientific evidence made available in the latest IPCC report.

These are our three takeaways from the IPCC report:

With up to 42 percent of the global greenhouse gas emissions being associated with food systems, the panel agrees, with high confidence, on the mitigation potential of the following measures:

2. Animal welfare is beginning to be recognized in the global policy narrative, and the current IPCC report recognizes it as a co-benefit of recommended mitigation measures.

This IPCC report shows an increased recognition by the scientific community of the interlinkages between climate change and animal welfare. Mainly in relation to the food system mitigation options, the Panel identifies improvements to animal welfare as co-benefits of incremental dietary shifts, in particular increased share of plant-based protein sources, and the emergence of food production technologies, such as transformative cellular agriculture (including cultured meat, microbial protein).

The only IPCC report to have ever made explicit reference to animal welfare was the 2014 report, as one of the social co-benefits from agriculture, forestry and other land use mitigation measures. The third part of the 2022 IPCC report mentions animal welfare almost ten times.

3. The summary for policymakers fails to explicitly advocate for plant-based diets and alternatives to animal products as mitigation measures, despite scientific evidence and agreement in the Technical Summary and Full Report.

While a shift to plant-based diets is strongly supported by the full IPCC report, this was noticeably absent from its Summary for Policymakers. This is very disappointing.

The Summary is highly influential, especially as IPCC reports can go for up-to 3000 pages, making this an unlikely read for policymakers. Its preparation, however, is subject to political influence. The draft summary is reviewed and negotiated by member states, including those inclined to strike wording that is not conducive to their interests. It was during this process that some governments were accused of trying to water down the scientists’ findings. And they seem to have been successful. Plant-based food references were replaced with “balanced, sustainable healthy diets” as shown in this comparison with the draft leaked last year.

While the Summary for Policymakers does not include references to plant-based diets and alternatives to animal products, the Technical Summary and Full Report can be strong tools for advancing the narrative supporting a transition toward plant-based diets as a science-based, effective climate mitigation strategy that has numerous co-benefits, including improved animal welfare and human health.

It will be important for animal protection organizations to bring these issues to the forefront of discussions at the Bonn Climate Conference, where the COP Subsidiary Bodies will be convened in June 2022, and COP27.

The Intergovernmental Panel on Climate Change is the United Nations body for assessing the science related to climate change. It provides regular assessments of the scientific basis of climate change, its impacts and future risks, and options for adaptation and mitigation.

The IPCC Assessment Reports are tomes that review and compile the latest scientific evidence regarding climate change. There are generally hundreds of authors contributing to these reports. Authors are nominated by member governments, organizations and by IPCC Bureau members, and selected by the Bureau. AR 6 is the 6th report published by the IPCC since its establishment in 1988.

There are three working groups contributing to the Assessment Report. Each of the Working Groups is tasked with a specific aspect of climate change. For AR 6, the three topics are 1. The Physical Science Basis (WGI); 2. Impacts, Adaptation and Vulnerability (WGII); and, 3. Mitigation of Climate Change (WGIII). The WGIII report was published on 4 April 2022. A synthesis report, combining the findings of the three working groups, is expected in September 2022.

There are three different versions of the AR6: 1. The Summary for Policymakers, 2. Technical Summary, and 3. Full Report.