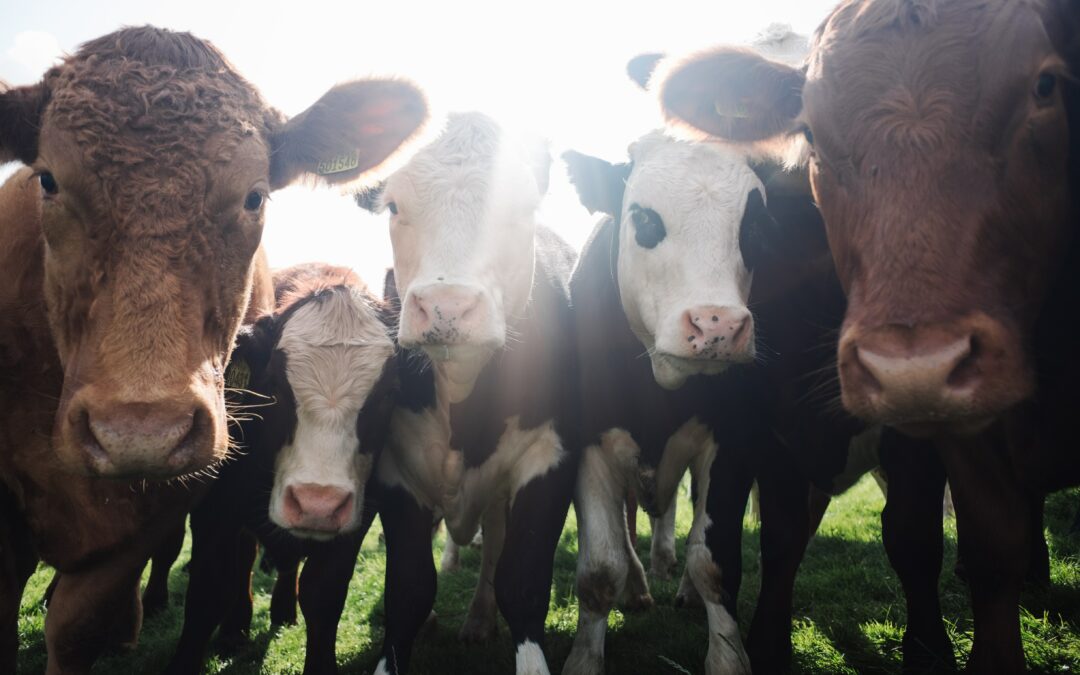 The 27th UN Climate Change Summit (COP27) concluded this past Sunday 20th November. After two weeks of negotiations, the Parties committed to a package of agreements, including a historic decision to establish and operationalize a loss and damage fund to provide financial assistance for vulnerable countries hit hard by climate disasters.

Unfortunately, COP27 left the international community with a bitter sweet taste. Negotiators failed to agree on the phase out of fossil fuels and continued to ignore the need to address animal agriculture to  limit global warming to 1.5C.

Agriculture and food on the COP27 agenda

For the first time, Parties at COP celebrated an agriculture thematic day. They had access to pavilions dedicated to showcasing research and expertise about  food and agriculture,  food systems, and food for climate. Attending delegations from around the world could also participate in multiple events to better understand the impacts of animal agriculture, land use and related emissions, just transition, and  innovation and protein diversification. WFA and many of its  members were present and had the opportunity to organise and speak at a number of events.

Another major progress was the decision to give another four-year lease of life to the Koronivia Joint Work for Agriculture (KJWA). This UNFCCC process seeks to advance the unique potential of agriculture in tackling climate change. In its decision to continue working on the “implementation of climate action on agriculture and food security”, Member States have recognised that farmed animals (livestock) are impacted by climate change and that sustainable production will contribute to achieving climate objectives.

The Conference of the Parties,

(i) Recognized that livestock management systems are very vulnerable to the impacts of climate change and that sustainably managed livestock systems have high adaptive capacity and resilience to climate change while playing broad roles in safeguarding food and nutrition security, livelihoods, sustainability, nutrient cycling and carbon management;

While COP27’s recognition of agriculture and food systems as a component of climate change action is progress, it still failed to tackle emissions and vulnerabilities caused by industrial animal farming that need to be addressed to halt and reverse global warming.

Animal agriculture – a significant player missing out from COP27 commitments

Emissions from farmed animals in the food system account for at least 14.5% of global anthropogenic greenhouse gas emissions (GHG), most importantly methane and nitrous oxide.  A report released during COP27 shows that the combined methane emissions of 15 of the world’s largest meat and dairy companies far exceed the entire methane footprint  of many of the world’s highest methane-emitting countries. Yet, the methane pledge, signed by several new countries, does not cover livestock farming.

Additionally, crops to produce food for farm animals use 40% of the arable land in the world. Feed production to supply intensive animal farming and demand for meat and other animal products is one of the key drivers of land-use change, including deforestation in the Amazon.  Such conversion of natural ecosystems into croplands contributes to the high emissions as they can no longer act as carbon sinks.

The carbon footprint and negative impact animal agriculture has, on both land and marine ecosystems, is not a secret. Still, at the 27th meeting, UNFCCC parties continue to refuse to tackle this, despite its significant mitigation potential. As outlined in our COP27 position paper, we believe that policies to combat climate change effectively need to start prioritising and facilitating the regeneration of soils and water bodies and the reduction of absolute GHG from animal and feed production. A switch to high welfare agroecological or silvopastoral systems while shifting to plant-based diets is essential for mitigating climate change risk.

Shifting away from industrial animal agriculture and towards more plant-based food systems is key to meeting our global climate goals. Tapping into the mitigation potential of diets with a higher share of plant based protein would reduce land use and nutrient losses to the environment, while providing health benefits. Scaling up emerging food technologies such as cellular fermentation, cultured meat, and controlled environment agriculture that access low-carbon energy can also bring substantial reductions in direct GHG emissions from food production. Governments  must recognize the magnitude of the mitigation potential from shifting towards plant-based food production and consumption and rapidly take steps to implement these solutions.

Photo by Robert Bye on Unsplash