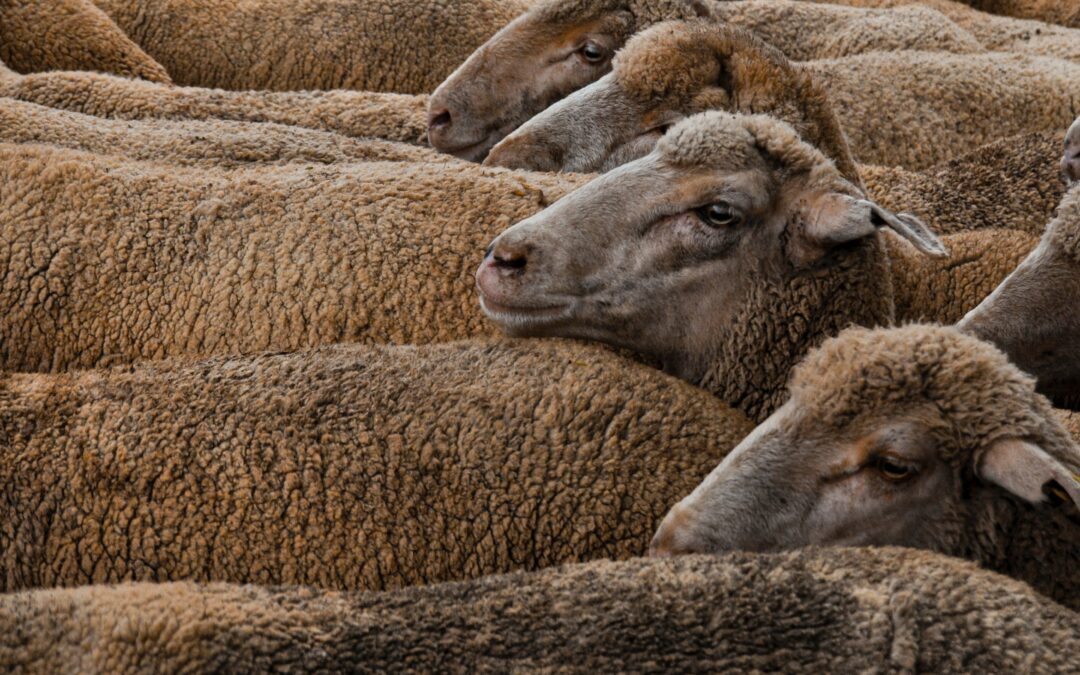 Who knew that sheep could experience sea sickness?  We learnt of this only when researchers sought to recreate shipboard conditions and check physiological and welfare outcomes.  It makes sense – sheep (and cattle, goats, buffalo) are born to live on land with no dreams of international travel.

Had ships full of vomiting animals arrived at destinations, the distaste of importers may have led to an end to the trade long ago.  But ruminants usually can’t vomit and the post mortems on sheep during the 1980s that showed ‘inhaled ingesta’, were easily buried and ignored.

But there have always been other obvious indicators of ‘sea-sickness’ that governments have chosen to ignore.  Failing to eat in this unfamiliar highly stressful shipboard environment is a major contributor to deaths. A decade or so ago scientists showed that the ‘heave and roll’ of live sheep vessels would cause sheep stress and may contribute to inappetence.  Until then, regardless of how obvious the conclusion, it would have been labelled anthropomorphic to suggest that sheep would suffer sea sickness.

It hardly bears thinking about.  Ships with up to 60,000 animals crammed on multi-layered decks being tossed about in the open ocean for days if not weeks on end.

No respite from the fear, stress and illness felt.

The Australian live export trade, sadly for decades the largest in the world, saw Australian regulators allowing 2% of sheep and 1% of cattle to die before an investigation was triggered.  Such an approach ignored completely the chronic stress and suffering of the animals who managed to arrive alive in importing destinations.

The lack of global shipping regulations for livestock vessels contributed to a history of animal welfare and human disasters; fires, capsizing, power and ventilation breakdowns in addition to trade disputes that resulted in rejections and tragedies of scale.

In Australia we cannot forget the 2003 rejection of the MV Cormo Express by Saudi Arabia which then meant some 10 weeks at sea for 60,000 sheep, and rejection by a further dozen countries due to a supposed scabby mouth outbreak.  A decade later, Bahrain rejected a shipment of 50,000 and most were subsequently clubbed to death in Pakistan.

Cattle too are exported huge distances by sea with inevitable welfare consequences.  Splayed and broken legs, infections and septicemia are all too common, and so-called bovine respiratory disease (e.g. pneumonia) occurs routinely due to the stress and onboard conditions.

The greatest advantage that live exporters have had over the history of this trade is the inability of investigators to document shipboard consequences for animals.  Instead focus went to making the industry accountable for the crude treatment they supplied animals to in importing countries.

The commonality across importing countries in the Middle East, North Africa and Asia is the absence of animal protection laws, itself an indicator as to the lack of priority given to humane treatment of animals.  The slaughterhouses in these countries are places of minimum infrastructure and great suffering.

Difficult investigations and resultant media revealed year after year the nature of the horrific treatment exported animals are being subjected to.  The heart-wrenching video evidence shot by Lyn White in 2011 in Indonesia of Australian cattle being slaughtered resulted in such a nationwide outcry that Australian politicians had to act. A ‘closed loop’ system, the Exporter Supply Chain Assurance Scheme was introduced with exporters deemed legally responsible right up until the death of ‘their’ animals.

A well-intentioned regulatory initiative but ‘full of holes’, including only requiring OIE level standards which allow for non-stunned slaughter.  This legislation increased expense, but failed to provide any meaningful penalties for breaches for exporters.  It did however, serve to stop the worst cruelties; the selling of animals at livestock markets and roping slaughter of cattle, once importers and exporters knew that Animals Australia would be monitoring compliance and utilising vision of breaches to sustain the public calls for live export to end.

It is only when the truth is known and revealed that government support for animal industries wanes.

A brave young navigation officer aboard the MV Awassi express became the industry’s worst nightmare when in 2017 he chose to act on his conscience and document the shocking consequences for sheep of heat stress.  The vision which aired nationally in Australia, of sheep literally cooking alive and then their bodies melting in extreme heat was a ‘game-changer’.

The Australian sheep trade to the Middle East was then banned during the Middle East summer months and a first ever major political party commitment to end the live sheep trade was achieved.  Australian sheep export numbers have reduced from 2 million in 2017 to just over 600.000 in the past year. A trade that should never have commenced half a century ago, is now in its death throes.

In sadness I repeat the observation – it is only disasters, exposes (due to brave investigators and whistle-blowers), and mounting death tolls causing community outrage that has led to any level of regulatory change.  Sound ethical decision making and existing science showing the pain and suffering wrought seems never enough. This is not just Australia’s way; the sinking of the Gulf Livestock 1 with 5,867 New Zealand cattle and the death of 41 human crew in 2020 finally led to the NZ Government ‘calling time’ on their export of breeding animals – though the industry there is kicking and screaming for that intended ban from 2023 to be reversed now.

But live export occurs from around the world; our own investigators documented cattle and sheep from across Europe and South America being slaughtered beside Australian animals.  Partnering with our colleagues and Eurogroup (and its involved member groups) we were able to contribute our investigation skills to provide evidence to the recent EU Committee of Inquiry on the Protection of Animals During Transport (ANIT).  It has sadly gone against its citizen’s wishes in still supporting live export, though at least recommended ‘transition over time from the need to transport live animals to the transport of carcasses, meat products…’.

Vigilance will be key

Campaigning to stop Romanian sheep being sourced to bolster depleted Australian numbers, and recent attempts by the Kuwaiti importers to source South African sheep had to be thwarted by NSPCA legal action there.

Recent good news is that we have a new colour of Government ‘down under’.  The Albanese-led Labor Government was elected in May on a reform platform that included a more respectable climate change goal, and their pledge to phase out live sheep export from Australia.  It also supports a new Inspector General for Animal Welfare and the revival of an Australian Animal Welfare Strategy (abandoned by the conservative government in 2013).

Our job here continues to hold the Government to account for its policy commitments, and globally, to expose and reduce the inhumane and incredibly stupid transport of live sentient animals between countries when carcass meat is already traded in abundance.

Perhaps the most unspoken of impact of live animal export is the tragic example it sets to nations still to embrace their ethical responsibilities to animals.  Along with the caging of animals for life for food production, the live animal export trade and its commoditisation of sentient beings will have its own unique place in human history.

We look forward to turning this page.

Photo by isi martínez on Unsplash