Animal laws legally challenged: the beginning of a breakthrough? 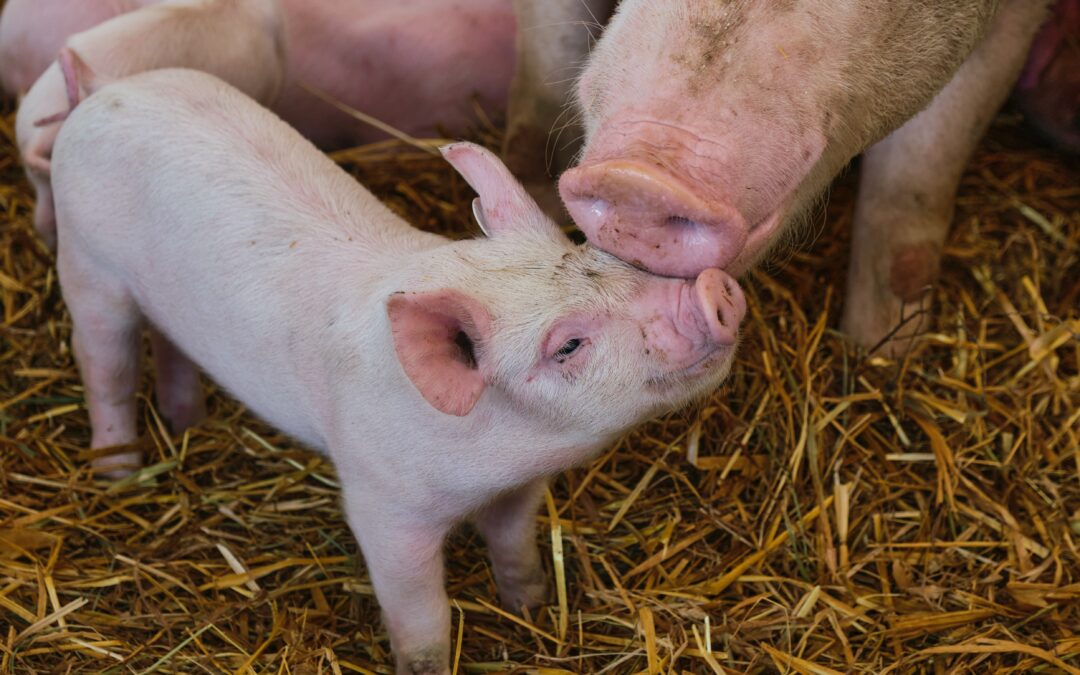 A major legal challenge over an animal protection law in the United States Supreme Court hit the headlines worldwide a few weeks ago. The case, brought by the National Pork Producers Council and American Farm Bureau Federation, challenges the constitutionality of a farmed animal welfare law adopted by California. Known as Proposition 12, this law established that as of January 1, 2022, all shell and liquid eggs and all veal and pork meat sold in the territory of California must be derived from livestock animals raised in compliance with minimum space requirements.

To meet this requirement, laying hens, pregnant sows, and veal calves cannot be confined into cages and crates, an inhumane practice commonly adopted by the livestock industry.  According to the lawsuit petitioners, California´s law violates a provision in the US Constitution known as the dormant commerce clause. Within the US legal doctrine, this clause is taught as being a constitutional limitation that prevents state legislation from discriminating against interstate commerce or placing an undue burden on interstate commerce.

The outcome of this challenge is yet to be known. I hope the US Supreme Court will agree with the view that the purpose of this legislation is to protect its citizens’ moral standards and public health and not to disrupt interstate commerce. By doing so, it would uphold the California animal protection law, which is a legislative initiative also followed by seven other states in the US(1).

Meanwhile, I take this opportunity to recall three other legal challenges over market access restrictions and reflect upon the significance of the emerging debates. Two of the challenges took place within the Brazilian legal system, and the third within the multilateral trade system.

Since 2014, there has been state-level legislation in Brazil banning the use of animals to test cosmetic products and their ingredients(2). In 2018, the Brazilian Association of Cosmetics, Personal Hygiene and Perfumery Industries (ABIHPEC) filed two lawsuits at the Federal Supreme Court arguing the unconstitutionality of some of these laws.

The Brazilian Supreme Court first examined the Amazonas case and upheld the state animal protection law with a unanimous vote. The court rejected the claim that the Amazonas state legislation was contrary to the federal regulatory regime, which does not place such limitations on the use of animals. In its ruling, the Supreme Court recalled the anti-cruelty provision embedded in the Brazilian Constitution(3). As per Brazil’s constitution, it is the duty of the government (federal, state, and municipal) to “protect the fauna and the flora, with prohibition, in the manner prescribed by law, of all practices which represent a risk to their ecological function, cause the extinction of species or subject animals to cruelty.” It also acknowledged that protective measures at the state and municipal level can go beyond the federal norm.

The second case (Rio de Janeiro legislation) was examined by the court in May 2021. Following the precedent established by the Amazonas case, a majority of ten to one votes confirmed the legal interpretation that a state is within its legislative power to limit the use of animals in its territory. However, a majority of six to five votes agreed with the claim that the two additional features of the Rio de Janeiro legislation were unconstitutional.

The federalist structure of government in Brazil, as in the US, places a constitutional limitation on state initiatives that aim to regulate interstate commerce. The ruling in the Brazilian case has unfortunately sided with the interpretation that sales bans and labelling requirements are an attempt to regulate interstate commerce. However, it is encouraging that not all justices agree with this interpretation. Five of them rejected the unconstitutionality claim because they understood that the primary purpose of the Rio de Janeiro legislation was to protect animals against cruelty and its citizen’s moral standards (and not to regulate interstate per se). Hence, there is hope that justices in the US, and other jurisdictions that might face similar legal debates, will side with the latter interpretation. One that sees the adoption of market access requirements as a building block to protect the well-being of local animals and constituents.

Another legal challenge worth remembering is the international dispute that arose after the European Union prohibited importing and marketing seal products from commercial hunting. Canada and Norway, two larger exporters of seal products, filed a complaint at the World Trade Organization (WTO). They claimed the European measure was inconsistent with the discipline of the multilateral trading system.

In its defence, the European Union turned to the public moral exception contained in the General Agreement on Tariff and Trade (GATT). For years the possibility of resorting to this provision to validate trade restrictions concerning animal welfare (and other moral concerns) had been considered but often dismissed as reasonable justification(4). The public moral exception clause has been part of the legal regime of international trade since 1947, but it had been invoked only twice before that(5). Unsurprisingly, trade officials and advocates around the world anxiously awaited the outcome of this case.

When the WTO Appellate Body report was released in May 2014, it was with a mix of joy and sadness. The report concluded that the European ban was inconsistent with the WTO legal system and suggested amendments to bring it into conformity. The inconsistencies found were related to the manner in which the measures were applied, which resulted in discrimination among countries where the same condition prevailed. The good news is that the WTO found no inconsistencies about the measure’s purpose. Both the WTO Panel and the Appellate Body accepted the argument that the policy objective pursued by the European Union was linked with concerns for the protection of local citizens’ public morals. For that reason, they found the ban on seal products provisionally justified under Article XX(a) of GATT.

The importance of WTO’s findings is monumental. The establishment of the WTO, with its renewed set of multilateral trade disciplines, is often associated with causing the retreat of government from various policy fields, including animal protection. The reason for this retreat was a widespread assumption that government regulations addressing social concerns would not pass the WTO compliance tests. The outcome of this dispute demonstrates that a government can reconcile its multilateral trade obligations with its citizens’ concern for the protection of animals’ well-being.

Legal challenges to animal protection legislation are disheartening. After all, tremendous efforts were made to get these laws passed. At the same time, one could think about these legal challenges as a sign of victory. They could also be seen as a sign of a breakthrough.

It is a sign of victory: these legal challenges are taking place because governments heard and acted upon local citizens’ demands for greater animal protection. Had they ignored it, we would not see these legal disputes emerging. It is also a sign of a narrative breakthrough regarding the role of government and the nature of animal protection. As mentioned in the previous section, governments worldwide, to a certain extent, stepped aside from certain policy fields to give space to market-driven initiatives. This phenomenon is called governance shift. As a result, private voluntary certification schemes became the leading policy instruments to tackle emerging societal demands, such as ethics on the treatment of animals. It is possible to argue that the reliance on this policy instrument has been both a cause and a consequence of a narrative that described animal welfare as a private good (in contrast to a public good). This narrative assumes that efforts to protect animal welfare are an added value offered by ‘some products’ destined for ‘some niche market’. From this perspective, it is easy to fall into the rhetorical trap that dismisses animal protection legislation as improperly interfering with ‘mainstream’ interstate commerce.

I take comfort in seeing that the debates emerging from these recent legal challenges offer an opportunity to break these assumptions and shift the narrative to animal welfare as a public good. The arguments brought by these legal challenges have the potential to ‘mainstream’ the understanding that animal protection is a shared benefit and responsibility across all states and nations, reaffirming the public good character of animal protection initiatives and the need for governments to legislate in this area.