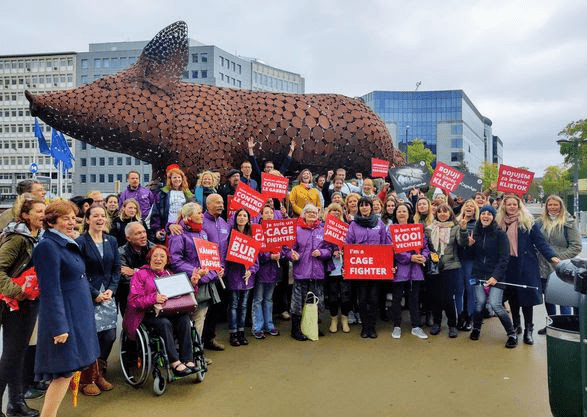 On the 30th of June 2021, the European Commission made a historic commitment to phase out cages in animal farming across the European Union (EU). It plans to prohibit cages for hens, mother pigs, calves, rabbits, ducks, geese and other farmed animals, with the goals of phasing them out by 2027.

Every year over 300 million farmed animals still spend all or part of their lives in cages, pens or stalls, causing great suffering. Since 2018, over 170 organisations and over 1.4 million citizens across Europe have supported a European Citizens’ Initiative to End the Cage Age.

Their outstanding work in the past 3 years shows the enormous power EU citizens have to influence policy. Stella Kyriakides, the European Commissioner in charge of animal welfare, echoed this sentiment:

The Commission announced it intends to “put forward a legislative proposal by the end of 2023 to phase out and finally prohibit the use of cages for all the animal species and categories referred to in the initiative”.

What was the previous EU legislation for the caging of farmed animals?

The EU Lisbon Treaty, which forms the constitutional basis for the EU, recognises the sentience of animals and requires member state policies to pay “full regard to the welfare requirements of animals”.

Previous legislation has aimed to protect farm animals on the farm, during transport and at the point of slaughter. This includes prohibiting the use of veal crates in 2007; barren battery cages for egg-laying hens in 2012; and sow stalls (with some exceptions) in 2013.

These previous regulations have set a precedent for the new legislation, but last week’s decision is a significant step in the right direction for better and more comprehensive animal welfare in farming.

Why will it take six years to phase out cages?

A six-year phase-out plan doesn’t reflect the urgency of the need to end caged farming. Intensive agriculture drives carbon emissions, climate change, and exploits animal suffering for profit. However, the WFA recognises that six years is an unprecedented speed for the EU.

If we compare with the delay left to end battery cages in the EU, it was more than 12 years between the adoption of the ban in 1999 and it coming into force in 2012. And still, some reluctant EU countries failed to comply with this obligation on time and were penalised for the delay. 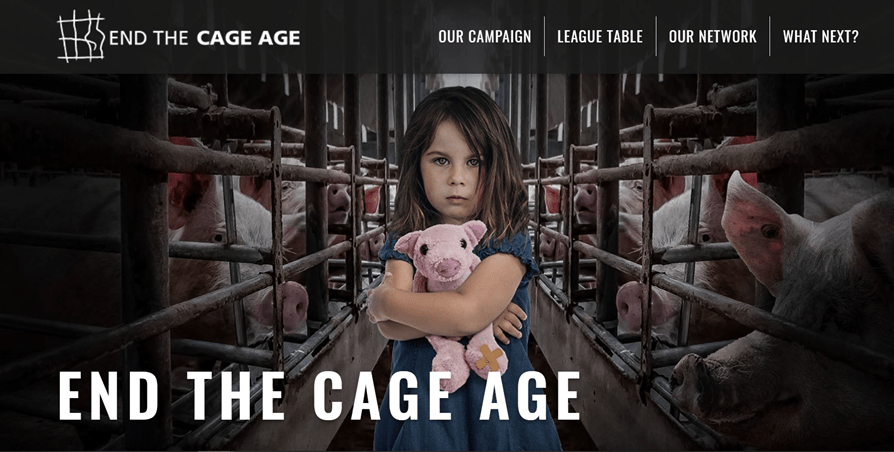 Why is this ban significant?

The EU plays a leading role for advancing animal welfare legislation, not only in the EU countries but also worldwide.

Strong EU legislation on animal welfare sets the standard and forces countries with weaker regulations to improve their national standards to meet EU requirements. The role of the EU as a central partner for international trade also means that decisions taken ripple through to other countries around the world.

For example, the EU banned the import of seal products in 2009 after EU citizens protested against the cruelty of seal hunting methods and demanded greater protection for seals. In 2013 and 2014, the World Trade Organization confirmed that the EU or any other nation can ban products that its citizens don’t want anymore for ethical reasons.

What’s next for animal welfare in the EU?

Last week’s decision was a milestone, but it is only one step in a long road for better protection of animals. It is time to look ahead to what other changes come next to build on this momentum.

And looking outside the EU: now we have seen the potential of citizen initiative and NGO campaigns, the animal protection movement around the world must not miss this opportunity to push for bolder and better animal welfare standards at a national and international level. Which country will be next to free the animals from their cages? 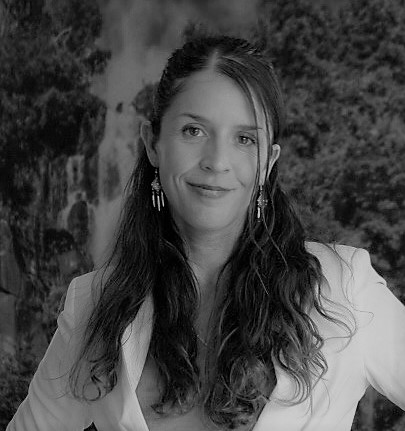 Sabine Brels is the legal advisor to the World Federation for Animals. In 2014, she cofounded the Global Animal Law (GAL) Association and led work on the creation and update of the first complete Animal Welfare Legislation Database.